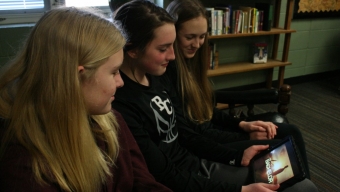 Season 24 of The Bachelor started airing Jan. 6, 2020. This year Peter Weber is the new bachelor. Peter was a runner up on the Bachelorette. Out of 30 women Peter has to choose one at the end of the season.

Each season of The bachelor has 30 contestants . All the contestants want to find their true love and will do anything to get it. Out of all of the women freshmen Shelby Bissen and Ellie Terhaar think that Madison Prewett is the best women for Peter. Madison Prewett does not cause drama and also does not make the drama worse. She is there for the right reasons.

Contestants on The Bachelor cause drama and can be quite obnoxious. Bissen and Terhaar’s least favorite contestants are Kelsey Poe and Alayah Benavidez because Poe overreacts to everything and cries a lot. Benavidez is also their least favorite because her personality is not as good as some of the others.

There have been many different bachelors over the many seasons. Terhaar thinks that Weber is not a good bachelor because he causes too much drama with the girls.

Overall, Bissen and Terhaar are excited for the new season and can not wait to see who Peter Weber ends up with.