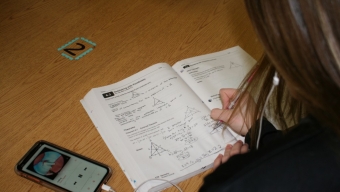 On Dec.13th 2019, Harry Styles released a new album titled, “Fine Line”. It is his first album since 2017, released after his one year break from social media and press. The album has 12 new songs, including radio hits like “Lights Up” and “Watermelon Sugar”. Journalism students, freshmen Brecken Padget and Kinley Ebert decided to review the new album to share their thoughts with students.

Styles was on a one year break from his career during 2018 and most of 2019. He was not on any form of social media, and was spending time in Tokyo, where he wrote parts of the album. During this break, he was only spotted a limited number of times due to the fact that he “fell off the face of the Earth”. His fans anxiously awaited his return, until he released his single “Lights Up” on Oct. 10th, 2019. On Nov. 4th 2019, he announced that he would be releasing a new album.

Styles has won many awards for his previous work, including British Artists Video of the Year, Best Song Cover, Best Music Video and Best Dressed Male. Styles’ new album was also number one on the Billboard 200 for three weeks in a row, after the debut. However, the results of the awards have yet to be announced. He also won a People’s Choice award for “2019 Style Star.”

Padget, remarks that in addition to his phenomenal songs he has phenomenal looks as well. Padget waited up until midnight on the night of the album release and Padget’s favorite song from the album is “Falling”. Padget’s opinions on the album as a whole are that it was absolutely wonderful. It was also definitely worth the one year wait.

Kinley Ebert, commented that she had never listened to Harry Styles until she saw people posting, and talking about how they loved his new album. Ebert’s favorite songs are “Falling” and “Canyon Moon”. Ebert enjoys songs on the album, but would not choose it as one of her favorites.