Sports: Athletes are suiting up for winter sports 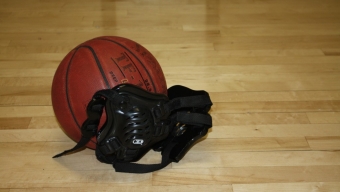 As fall sports end, winter sports are starting up and teams are getting ready for the upcoming season, which takes off on Nov. 18 at Rock Creek High School.

Logan Sturdy, a freshman at Rock Creek, thinks that the basketball season will go very well and is excited about the new additions to the team

“I’m excited to play with our new coach, Coach Suther. I believe this season will go great…and I believe he’s a great coach,” Sturdy said.

Evil Gill, a junior at Rock Creek, is also getting ready for this upcoming basketball season and is already excited and setting team goals.

“I think this season will go well…a goal is to be 500 or over by the end of the season, because I think we can do it,” Gill said.

Jim Johnston, the high school basketball coach, is happy with the number of boys that go out for basketball.

“Our numbers haven’t been up to the fifties… but our numbers are good,” Johnston said.

Elijah Grenot, a senior at Rock Creek High School is getting ready for his last year of wrestling and is very enthusiastic about the season.

Sturdy thinks that high school basketball will be more intense than junior high basketball and is very eager to get on the court.

“My goals are to be a good player and a good teammate,” Sturdy said. “A goal for this team is to have a winning record.”

Grenot also thinks the wrestling team has a good chance of going to state and thinks they will do a lot better than last year.

“I think we’re gonna do a lot better… we’ve got a lot of people, a lot of new transfer people,” Grenot said.

Johnston loves watching the growth in the boys during the basketball season.

“I like the practices and watching the kids grow and get better,” Johnston said. “I like watching them mature as young adults into mature adults, and being productive and doing the right things.”