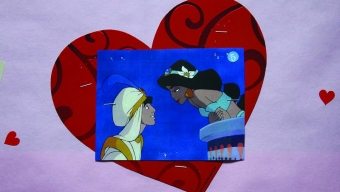 “Circle of Life” and “Friend Like Me” are both songs that most teenagers have heard of at one point in their lives. From the movies, The Lion King and Aladdin, these songs will make their debuts again in their movie remakes coming out in 2019.

With these remakes, there are multiple expectations to be achieved, and I believe each one will be accomplished to the maximum.

On May 24, Aladdin will reach theaters. Although most people are skeptic, I have reason to believe that the cast will pull through. With an unknown group, the movie is bringing in a large name, Will Smith, who will play the genie.

“I like the fact that our Genie has an ego and is a little bit vain,” Smith said on https://ew.com/movies/2018/12/19/aladdin-first-look-ew-cover-story, “and he cares about how he’s presented because he’s been doing this for a very long time.”

Another reason why I am looking forward to seeing this movie is because of how it contrasts to the original. Everyone loves the Genie’s legendary scene when he first emerges from the lamp, but of course, no one can beat Robin Williams when it comes to being the best Genie.

“The superstar — who recorded his own version of ‘Friend Like Me’ on the first day he met with the music team — says he tapped into his roster of roles from the 1990s,” Entertainment Weekly said, “to earn the praise of one Disney executive, who described Smith’s Genie as part “Fresh Prince,” part “Hitch.”

The Lion King will reach theatres this summer on July 19. Donald Glover will be the voice of Simba, Beyoncé the voice of Nala, Seth Rogen the voice of Pumbaa and many other well-known names that I look forward to.

“It is a director’s dream to assemble a talented team like this to bring this classic story to life,” producer Jon Favreau said on www.cosmopolitan.com.

Along with the extensive list of impressive names, the other part to look forward to is the iconic opening scene. The point of the nostalgic opening is to catch the viewer’s eyes, and it certainly caught mine.

“[Disney chose to] recreate the moment almost shot for shot in the studio’s debut trailer for the upcoming ‘live action’ remake,” an article from The Guardian said.

These two movies will be making their way into theaters this summer. I would say there is much we can look forward to. With well-known names, iconic scenes and great soundtracks, there is no way that you will want to miss out on seeing either of these movies.