Opinions: ‘The Hate U Give’ film is enlightening and empowering 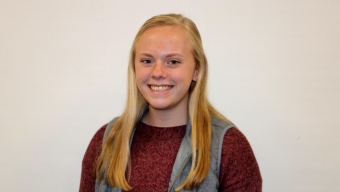 THUG LIFE is an acronym that the late rapper Tupac used in his lyrics, meaning “The hate u give little infants ***** everybody.” The movie adaptation of award-winning young adult novel, The Hate U Give, by Angie Thomas is the movie everybody needs to watch. With eye-opening scenes of racism and a strong emphasis on youth activism, The Hate U Give is a movie that sheds much-needed light to the situations facing Americans.

In the movie, one fateful night after a party, Starr Carter (Amandla Stenberg) loses a childhood friend to police brutality. I found this event troubling and shocking because it seemed that the event occurred out of nowhere, and there was no indication it was coming. I was only prepared for the startling event because of the message The Hate U Give implies in the preview. I was very satisfied with how The Hate U Give brings light to the struggles of lower-class African Americans living in a community with white police officers who assume the worst. This issue is present in today’s society, and its relevance is shocking. Starr is told, “You know how they do. Shoot first, ask questions later.” This was a powerful revelation for both Starr, and us as the audience. What does this say about our society, if assumptions are what drive the decisions of the police against a black man?

Following this event, Maverick (Russell Hornsby), Starr’s father, ignites a spark in her when he says, “I gave you power in your name. Use it. When you ready to talk, you talk. Don’t ever let nobody make you be quiet.” This was monumental in Starr’s search for confidence and for her voice, as it ultimately changed the course of her thinking. Maverick’s powerful encouragement was moving to both Starr and me.

Another person who impacts Starr, the woman leading protests, Miss Ofrah (Issa Rae), asks Starr, “Are you ready to use your weapon?”and hands her a megaphone. I think this moment is a great message that everyone should hear. Your voice is your greatest weapon, contrary to popular belief, that physical weapons have the greatest impact.

Starr uses her voice, as Maverick encourages her to “Shine your light. I ain’t name you Starr by accident.” Starr finds her voice and lives up to her name — lighting up the darkness. Starr utilizes her greatest weapon at the protest saying, “We are witnesses to this injustice. We see it all and we won’t stop until the world sees it too… no matter what we say, no matter how loud we shout, they refuse to hear us.” As hard as it is to understand, I believe it is true. We have built up a wall between reason and what we actually do, and Starr shows us that.

Starr comes to the conclusion that it is not about who gives the hate to who, but that she can break the cycle. Asking the policeman in front of her, “How many of us have to die before y’all get it? No more.” Starr proves the only thing stronger than hate is love. The damage cannot be undone, and we cannot pretend it disappears. We just have to go step by step. Her confidence is moving, and the message she conveys is one everyone needs to hear.

“I’ll never forget. I’ll never be quiet. I can’t change where I come from or what I’ve been through, so why be ashamed of what makes me, me? I’m going to keep on being Starr. Daddy says my name gives me my own superpower and to use it — and that’s when I’m going to do — light up the darkness,” Starr said. The Hate You Give is easily the best movie of the year, with the best possible message that everyone can benefit from hearing. You definitely will not think of the phrase, THUG LIFE, the same.