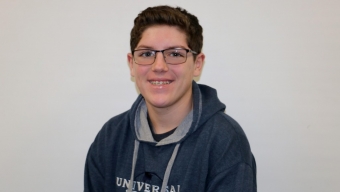 At first, students seemed to think it was a great idea to add an expansion to the school, but then some students realized that the renovation did not include the high school end.

In November 2017, a bond election was held to build a new addition to Rock Creek, which was later approved by the Board of Education. The expansion would add fifth and sixth graders to the school, which would make the junior high into a middle school. Even though the middle school seemed like an excellent idea since St. George Elementary School is overcrowded, the high school end of Rock Creek still need some modifications as well.

The junior high students had the chance to try out chairs, desks and more that will be added to the middle school section of the school. Having new things can make children more comfortable when moving schools. “high-quality classroom environments ‘help children feel safe, secure, and valued. As a result, self-esteem increases,’” said Dr. Sheryl Reinisch, the Dean of the College of Education at Concordia University-Portland, ‘and students motivated to engage in the learning process.’” But, what about high school students?

In the high school area, there are lockers that are not even used by students, so why not get rid of them and make more space? In the high school section, the boy’s bathroom contains the following: broken hinges on the stall doors, little division in between the urinals, scribbled writings on the walls, completely different sinks, awkwardly placed mirrors and no space at all.

To continue, the high school hallway was supposed to have carpet replaced, but it never has been completed. Everyone can tell what is old and what is new just by the atmosphere of the two hallways of the high school. The cleaner hallway of the high school section has new carpet, lighting and design. However, the older area has the following: terrible carpet, broken tiles, old lockers and odd designs. The original lockers and the wall designs are not school colors, which is quite strange for a school to have.