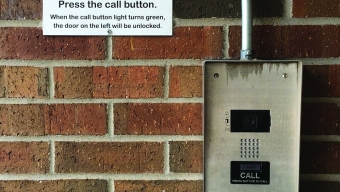 On Feb. 14, people in the United States held their breath again, as the news of the Marjory Stoneman Douglas High School shooting in Parkland, Fla., was released. A normal school day turned into a terrifying and unforgettable afternoon in which 17 people were shot and killed.

“I was just shocked by what had happen,” freshman Ben Wick said. “I didn’t really pay attention to all the details.”

This event called for a discussion over school security, about which some students had opinions.

“I think the principal of every school should be required to be trained with a handgun and have a handgun in their office at all times,” Wick said.

This event also triggered thoughts from other people about the teachers being armed.

“I feel like the teachers should not be armed,” junior Ryan Moser said, “just because, if they have a gun, and a student breaks in, that could be a whole other set of dangerous problems.”

The continuing debate over gun regulation became heated after this event occurred, with many people having different ideas on the country’s and states’ regulations.

“In my opinion, I think that they should ban handguns and assault rifles,” Moser said, “because I’m perfectly fine with people using rifles to hunt, but you don’t use handguns, nor assault rifles, to hunt.”

While Moser supported more gun control, Wick said, “I think that this particular shooting could be the start arming a couple staff members.”

Also included in the conversation is the idea of mentally ill people accessing guns. Schools have various ways of dealing with kids who seem troubled or unstable.

Kids and adults around the world tend to share a common piece of advice for kids feeling unsafe around other students.

“Tell a teacher or administrator or adult or somebody because it’s better to be safe than sorry,” Moser said. “Just a heads up is all it takes.”