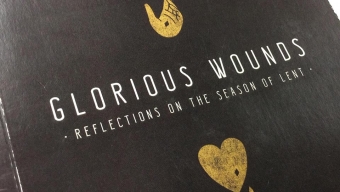 When people think of Easter, they often think of candy, egg hunts and Easter bunnies, but what most people do not know that Easter is a special holiday to many for another reason, the resurrection of Jesus Christ after his crucifixion.

Easter is celebrated after the end of Holy Week, which includes days of obligation, or days that Catholics are obligated to attend mass. These days are Holy Thursday, Good Friday and Easter Sunday, all of which are included in the 40-day season of Lent.

“The season of Lent is a portion of the liturgical year, celebrated by Catholics.” sophomore Hannah Burenheide said.

“Jesus spent 40 days walking through the dessert for us,” said Family and Consumer Science teacher LeAnn Rottinghaus, who gave up sweets for Lent. “During those 40 days, he fasted and was tempted by the devil, but refused him for our sake.”

For many Catholics, abstinence and fasting play a crucial role in the season of Lent. Abstinence from meat or other foods or fasting from food are meant to pay penance for people’s sins.

“Lent means giving up something or adding something good in your life,” freshman Brandon Geyer said. “Jesus gave up his life for us, and it’s a time to repent.”

Along with the abstinence from certain foods, many people give up another thing for Lent, such as bad habit. Some people go the extra mile an include something into their lives, like praying a rosary every day.

“This year I gave up social media,” Burenheide said. “In the past, I have given up pop, candy, junk food. Last year, I decided to read a chapter of the book Rediscover Jesus by Matthew Kelly every day. There are 40 chapters, so it fit perfectly for the Lenten season.”

Throughout the season, there are many things to look forward to. Examples of these include weekly mass, religious shows or Easter itself.

“My favorite thing about Lent is the aspect of sacrificing something so little, like social media or junk food, and putting it into perspective on how important it really is,” Burenheide said. “Then we can compare our little sacrifices to everything Jesus has given up for us. It’s a very humbling experience!”