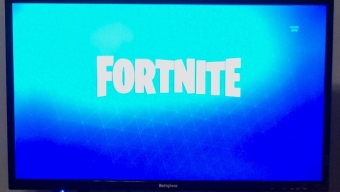 For 2017-2018, new games and new trends are arriving every week. For this year’s entertainment,“HQ Trivia” and “Fortnite: Battle Royale” are captivating both teens and adults around Rock Creek.

Students sometimes assemble various teachers’ classrooms, such as in Carla Johnston’s or Donna Koelzer’s rooms, at 2 p.m. to play the new and exciting trivia game, “HQ.” What starts as just a normal, team-building game often turns into a rally crowd for students, like when student Derek Shaheen reached the last question. The chance to win money was so close, but unfortunately, victory was not achieved.

“HQ” has people buzzing with excitement.

“I had actually seen something about it on the CBS Morning News, where they had a segment with the creators of the app, and they were showing this video where a lady had just won $11 and was ecstatic, and so I kind of thought it was cool,” English and journalism teacher Jessica Augustine said.

The game provides trivia questions that lead up to a potential cash prize.

“It’s a trivia game that has 12 questions that are sometimes very easy and other times pretty hard, and you have to answer each one right in order to move on,” Augustine said. “If you answer them all correctly, you get to split the pot of money, which is usually $2,500, with all of the other thousands of winners.”

In addition to “HQ,” “Fortnite: Battle Royale” is also a new and popular game.

“I originally thought ‘Fortnite’ was stupid, but I downloaded it about a week afterwards and realized it was fun,” senior Trevor Henning said.

Henning explained that “Fortnite” is a game in which players parachute from a flying bus, land on a specific map and have to survive in a field of other players, similar to the idea of The Hunger Games. In the game, players try to look for resources, like wood and metal, and weapons, like guns and grenades, in order to survive.

“So, you can play it by yourself or with all your friends, and there’s 100 people,” Henning said.

Solo mode and team mode are two options for players that let them choose if they want to play by themselves or with others.

Henning and freshman Caden Vinduska said that there are advantages and disadvantages for both modes.

“Well, playing with other people, you have to rely on your teammates,” Vinduska said. “And, playing solo is kind of good because you don’t knock them down; they just immediately die.”

In “Fortnite,” squad play allows for players to get “knocked down,” which allows for them to be revived by teammates. In solo play, once a player dies, he or she cannot be revived.

Vinduska and Henning both gave tips on how to make a player’s “Fortnite” experience better.

“Know your skills, like, ‘cause if you’re not good with something, then don’t use it,” Vinduska said.

All in all, it is obvious that these new games have provided a sort of bond between students and teachers.