Opinions: Players should not be allowed to kneel in the NFL 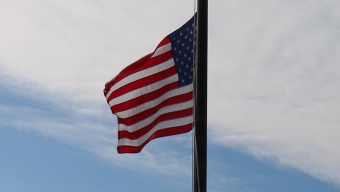 Whether you watch every National Football League game you can, or you do not watch it at all, you have probably heard about the national anthem controversy.

The controversy all started on Aug. 24, 2016, when former San Francisco 49ers quarterback Colin Kaepernick sat during the national anthem in a pre-season game against the Green Bay Packers. This year, no team has signed Kaepernick; some people think it is because he is a bad quarterback, but I do not believe that is the case. Kaepernick has the skills to play on many teams, but for one, the kneelings have brought down ratings, and also they bring unwanted media attention. Not only does it bring down ratings, but it disrespects those who have served our nation. I believe in freedom of speech, and I think peaceful protests are okay, but they are protesting in a wrong way. The national anthem stands for those who have fought for our country and those who have died for our country; it has nothing to do with racism or inequality. If anything, it shows unity.

Another problem that arises is the side that the NFL itself takes. When it comes to kneeling, the NFL owners and commission have always had a problem with it. In 2012, quarterback Tim Tebow would kneel before each game to pray and wore blackout, which is tape under the eyes to avoid glare, that displayed the phrase “John 3:16.” They later made him remove it. In 2013, the NFL fined receiver Brandon Marshall for wearing green cleats in order to raise awareness for mental health disorders. A year later, quarterback Robert Griffin III wore a shirt that said, “Know Jesus, Know Peace” to a post-game press conference, but was forced to turn it inside out by a NFL uniform inspector before he could speak. In 2015, William Gay, Steelers defensive back, wore purple cleats to bring awareness to domestic violence, a real problem within the NFL, as there have been many scandals and cases. Also, in 2015, Deangelo Williams, steelers running back, was fined for wearing “Find the Cure” eyeblack for breast cancer awareness, which his mother was battling. Finally, in 2016 the NFL prevented the Dallas Cowboys from wearing a decal on their helmets in honor of the five officers killed in the front line of duty, and they also banned players from wearing cleats to commemorate the 15th anniversary of 9/11. There are many things in this world that are not fair, such as mental health, breast cancer, domestic violence, terrorist attacks, racism and inequality, but the NFL needs to stand by their word and censor the players in similar ways.

People complain about the Cowboys’ owner Jerry Jones making his players stand during the national anthem, but as he said, the players are simply paid performers. The NFL player have a boss just like anyone else, and if they do not listen to their boss, they can be fired; it is in their contract, just like any other job.

I fully believe in freedom of speech, it allows me to write this article, but if the players get to express their freedom of speech by kneeling, do not complain when a certain NFL player is not signed to a team; the owner is simply expressing their freedom of speech by saying no. The NFL needs to take a stand, and stand by their word. The players are protesting something that has no correlation to the problem at hand. Players who kneel bring down ratings and disrespect those who have fought for our country, and the protests have not changed anything at all, as racism and inequality is still a relevant in America.