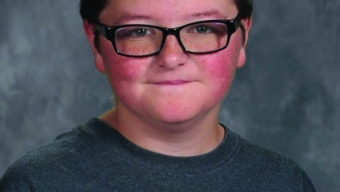 This is a Western comedy released on Friday, Sept, 28 about seven bounty hunters and outlaws who go to a small mining town to save the helpless citizens from a crime lord. I think it deserves No. 10, considering that it starred Chris Pratt, which made it a hilarious movie. The storyline it followed was not very good, though, as it tried to focus your attention to the comedy, so you would not realize that there was a pretty bad movie happening in the background. However, great actors starred in this movie, such as Ethan Hawke, Chris Pratt, and Denzel Washington.

Jack Reacher: Never Go Back was released on Friday, Oct. 21. Starring Tom Cruise, Jack Reacher is about a retired military officer who is trying to uncover a very deep secret operation within the U.S. military and clear his name. This, I believe, was a pretty good movie, but at some points, it was hard to follow without watching the previous movies in the series. But, other than that, it was a great movie with a combination of action, comedy and drama.

No. 8 is Warcraft, which was released on Friday, June 10. This is a movie based on a game about an alien race invading the realm of Azeroth and threatened with extinction, with a cast consisting of Dominic Cooper, Ben Foster and many others.

At No. 7 is Lights Out, released on Friday, July 22. This is a horror movie about a small boy who is fighting an old entity to get his mentally insane mother back, as he depends on one other person who has faced it before, his sister. This was a terrifying movie the first time I saw it, consisting of a lot of unexpected scares and plot twists.

Next, at No. 6 is X-Men Apocalypse, released on Friday, May 27. This is another addition to the X-Men series, in which the X-Men fight a long forgotten god, also being the world’s first ever mutant. The X-Men are led by Professor X to stop this god from destroying the world. Although it is good, some of the movie will not make much sense unless you have seen any of the previous movies.

Doctor Strange was released on Thursday, Oct. 20. After getting into a horrific car accident, brilliant surgeon Doctor Strange has to try and find some way to fix his hands, finding out a lot more than he was looking for.

No. 4 on my list, Deadpool, released on Friday, Feb. 12. This is a very funny comedy based off of the comic book character Deadpool. When Wade Wilson, played by Ryan Reynolds, is diagnosed with terminal cancer, he sets off trying to find some way of curing it. He is experimented on by an evil scientist Ajax, disfiguring him, mutating him and turning him into to Deadpool, which also leaves him with healing abilities and a twisted sense of humor.

3. Kubo and the Two Strings

No. 3, Kubo and the Two Strings, released on Friday, Aug. 19, is an animated story about a boy who tells stories to his town, but it all changes when he accidentally summons a spirit from the past. He sets out on a quest to save his family and solve the mystery of his dead father, the greatest samurai the world has ever seen, with the help of his friends and his shamisen, a magical musical instrument.

At No. 2 is Miss Peregrine’s Home For Peculiar Children. When Jacob Portman’s grandfather dies, he tells him to go to an island where there is a home full of peculiar children protected by their overseer who warps time to keep them all safe until something goes wrong

1. Rogue One: A Star Wars Story

For me, the No. 1 movie of 2016 was Rogue One: A Star Wars Story, which released on Friday, Dec. 16. This Star Wars flick is based off of the original Star Wars episode in between Episodes 3 and 4, explaining how they got the plans to the Death Star. When former scientist Galen Erso is taken away from his family, his wife is killed in the process, but his daughter, Jyn, sneakily runs away. Many years later, Erso is the Empire’s lead engineer for their planet-destroying weapon, the Death Star. Knowing that her dad holds the secret to destroying the Death Star, Jyn joins forces with a spy and other Rebel fighters to steal the space station’s plans and hand them over to the Rebellion.

Now that you have my extensive list of the best movies of 2016, go watch some of these.