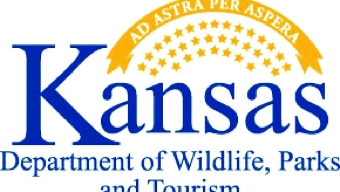 Did you do this hunter’s safety program at the last school you were at?

Logan: “We did it real similar, other than the fact that we used sixth graders from our P.E. classes. If they wanted to take Hunter [Education], they could sign up, and we used about two weeks of P.E. class time to do the coursework, and the rest would go to normal P.E.”

What made you think of bringing the program to Rock Creek?

Logan: “I don’t know if I really thought of it, but I had someone ask me about it, and I found some time in the schedule where I could make it work, so it was kind of a short lead-in to get it done, but it worked out really well with Coach O [P.E. teacher Mark Oberkrom] down here kind of organizing the kids and then finding the day when you guys weren’t in school to have it.”

How do you think the course went?

Logan: “The course went really well. We had 16 participants, and three of those were adults – actually employees of the school district – which was kind of neat. I’m trying to remember here; it was one teacher, one district office person, and I guess the other one was a parent of one of our students, so it was two employees and one parent. The rest of the other 13, 12 of the 13 were from the Rock Creek school district and one from Wamego.”

What did participants have to do in the program?

Logan: “In the program, it’s called an internet-assisted course; it’s listed that way on the Kansas Wildlife and Parks website, and there is a series of 15 modules that they work through by themselves, and there is a little quiz at the end of those modules. It can go from a short amount of time, like Mr. Pray down at St. George, I think he did his all in one evening, to, you know, about five to six hours total time. But, they go through that, and when they are done, they print off a completion certificate. Then when they come out for the field day, they do a pre-test just to show that they really have done the work and someone didn’t do the work for them. And, then at the field day, they do what is called a field walk, and they learn simple safety type items – you know, how do you cross a fence, how do you get in and out of a boat, how to protect a dog if you are hunting with a dog, how do you protect your fellow hunters and yourself. Then they do a .22 rim fire shooting portion and a shotgun shooting portion and then a firearm identification and safe handling portion. At the end of that, they take their test, and hopefully everyone passed, and this time around they did.”

Where was the event held?

Logan: “It was held at Shawn and Haley Carlson’s house in rural Wamego.”

How do you become certified to teach hunter’s safety?

Logan: “You basically go to one of the hunter’s safety organizational meetings, and they have those around the state at different points, and then you are a cooperating teacher for a while, and then you can become a lead instructor.”

Do you plan to continue this program at Rock Creek?

Logan: “I’d like to, and actually, it’s not just me doing it. There’s a local person here – his name is Charlie Fisher or Chuck Fisher – he is actually from a community real close to my hometown. I knew his dad when I was growing up, and anyway, so Chuck lives just south of the [Rock Creek] Junior/Senior High School here north of [Highway] 24, and he called me originally to help out with something like this or to help out with a high school trap club. He was absolutely on board, and then a friend of mine back at Lyons said, ‘Hey, I’d like to help you get started,’ so he came up to help out also. So there were four instructors who did the field day. Typically, it’s one of each of us doing one of those portions, but since we only had a class of 16, we divided up two per class.”

Logo courtesy of the Kansas Department of Wildlife, Parks, and Tourism