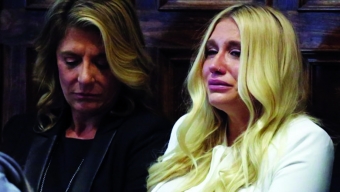 293,000 people are sexually assaulted each year, and 68 percent of these assaults are never reported to the authorities, according to the Rape, Abuse, and Incest National Network. Singer, songwriter and rapper Kesha Rose Sebert, known as Kesha, decided not to be part of the other 32 percent.

In January 2014, disputes between Sony’s music producer Lukasz “Dr. Luke” Gottwald and Kesha had begun in 2006 after Kesha signed with Sony. She is now claiming that she has suffered years of emotional, mental and physical abuse from Dr. Luke. When lawsuits against Dr. Luke were brought to court, Kesha was asked to testify against him under oath. In her testimony, she recanted the accusations of physical abuse by Dr. Luke.

Immediately after the trial, she shared with the public that she was pressured into recanting by Dr. Luke. The judge then denied Kesha an injunction, which would have allowed her to record music on her own without Sony. Justice Shirley Kornreich said to Kesha’s attorney, Mark Geragos, that he would be “asking the court to decimate a contract that was heavily negotiated and typical for the industry,” if the justice had provided the injunction.

The ruling Kornreich decided on led to Kesha’s supporters to protest, create a petition to boycott Sony and start the “#FreeKesha” trend on the internet. Her supporters wanted her to be separated from the bullying and be able to express her talent in her own way. Wayne Coyne, one of Kesha’s supporters and lead singer of the band the Flaming Lips, told Billboard magazine, “She struggles with the idea of ‘Why can’t I make the music that I want to make?’”

This case has become such a sensitive subject because there are so many different parts that one could look at. If I were to just know that her producer was, in fact, causing her emotional and physical harm and not letting her be the artist she wants to be, I would be all for the “#FreeKesha” trend.

But, the reason I have such a difficult time understanding this case is because there is no evidence to back up Kesha’s claims against Dr. Luke and Sony. To me, it just seems like she is wanting to leave her contract and start anew somewhere else. I just hope that whatever happens, Kesha is still able to be talented artist and does not give up in the music industry.

Photo courtesy of The Daily Beast