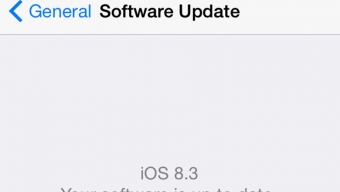 Today, phones have become a large part of people’s day-to-day lives. Naturally, when changes come to them, we get excited and stressed if they do not work. This year has been a large year for phone updates from both Apple and Google.

Back in October, when I reviewed iOS 8, the OS, or operating system, was still filled with bugs and had yet to hit it is full potential. When iOS 8.1 was released, it brought some of the stability and features that were talked about. I found the that there was still some bugs that affected the launch and stability of applications. iOS 8.2 fixed a few issues, including the stability of first-party apps, such as the music app, but it was still crashing when I played certain songs.

On April 8, Apple released iOS 8.3, which brought overall improvements, such as app launching, Wi-Fi, Control Center, Safari, third-party keyboards and various bugs across the board. Most importantly, Apple added few new emojis with the new update. The update gives skin tone option for the emojis. There was no brand new emojis, but just more rebranded icons that give a slight refreshing look to the use of them. Sadly, the new emojis use the new iOS design language, but most still match the previous design language. Overall, the performance is improving, and apps are crashing less and less.

Apple has announced that in the coming months, they will be releasing iOS 8.4, which brings a redesigned music app to compete with other leaders in the music market. iOS 9 is expected to announced June 8.

Back in November, Google announced the latest version of their operating system, Android 5.0 Lollipop. It gave the device a fluid flow and new animations to make the experience fluid and extensive. It brought a new design language, called Material Design, along with improving notifications by adding them to the home screen and redesigning the entire OS.

In my opinion, it is one of the best operating systems currently on the market. The stability of the operating system is strong, and it is build to use very little memory, making the device fluid with zero lag and a true joy to use. One the downside, the complete redesign adds some struggles for manufacturers to update their device quickly. Currently, only 5.4 percent of Android devices are running Android Lollipop.

In conclusion, with either mobile platform you prefer, you are getting great benefits. They are both fluid with bright icons and an enjoyable interface to use. I would recommend to keep your device up-to-date to enjoy the latest technology.