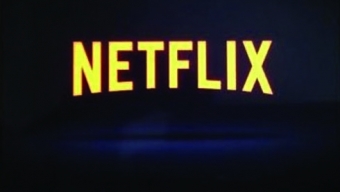 As of 2014, Netflix has 50 million users in more than 40 countries, according to the company, and Redbox rents out a single DVD about 15 times per kiosk making it the largest physical home media rental center, according to Redbox, meaning you have probably used both at least once. But, how will the companies’ price changes affect you?

Netflix does offer a variation of content on their service. I do not feel like their higher plan is worth the value, even though the $11.99 includes four screens at a time and 4K resolution support, which is a higher definition than standard 1080p. It seems like an extreme jump between the two price points with very little content support for 4K. I would recommend going with the $8.99 option, which includes up to 1080p (most televisions’ resolutions) and two screens to watch on. The HD content on Netflix is almost the entire line up of content. Or, the standard definition with one screen for $7.99. Although Netflix does not have the largest line up of new movies, as most are a few years old, it does carry a large number of television shows. I think $8.99 is not too much to pay for the content it offers in a high definition quality.

Redbox also raised the price per day on all of their rentals. It still is cheaper than ordering movies from on-demand services, like iTunes or Google Play. So, if you are out shopping and stop and get a movie, it is really still cheaper. Although movies released by Fox, Universal and Warner Brothers are available after 28 days, most of the content on Redbox is relatively relevant. I do not like the price jump, but I do not think the Redbox price jump is going to put a sting in your pocket, it is still the cheaper way to go, and you continue to get new content. As of now, there are currently five kiosks surrounding the school in Manhattan and Wamego, so you have plenty of choices, and if you really want to see one, it is not too hard to track it down. If you download the Redbox app onto your smartphone, you can see what movies are available at which kiosk and reserve them for you to pick up.

Overall, Netflix and Redbox may have raised their prices over the last year, but they both still continue to have reasonable options for you to pick and choose from. Netflix has become the television show hotspot, while Redbox still brings a little of the joy of going to the movie store and picking up a disc.