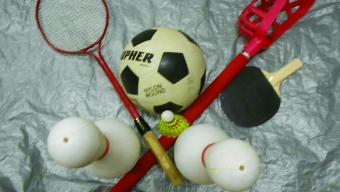 Rock Creek returned to being a 4A school this year, with the many new students the district had added. With the good news that the school is growing, it also raises some issues, too.

Principal Eric Koppes said, “The growth has caused problems on our popular teams, which are volleyball, boys basketball and baseball; it has caused players to lose some playing time.”

With the Board of Education adding a cut policy in November, fewer students can participate in some sports, but to allow those students to still do school activities, the administration has been brainstorming the idea of adding new clubs or sports.

“Adding new sports and clubs seems like a good idea to try,” sophomore Craig Garrett said. “Many students have thought that Rock Creek needs a better variety of sports.”

Koppes said that adding to the options allows students to find their gifts and talents.

Some students who play certain sports outside of school have to drive miles away to play the sports they enjoy because the school does not have them.

Junior Veronica Valburg said, “I think adding new sports would be good. Sports we have now, not a lot of people like or want to play. There is wider variety of sports, and we had some of those, then more people would have an opportunity of being in a sport.”

The idea of having new clubs also would allow students to be more involved in school activities. Adding clubs is not as hard to do as adding sports. To add a club, students just need to find a faculty sponsor and to get the club approved by the school.

Koppes said, “We are open to new ideas and organizations for students [so they] have something to look forward to after school.”

There are many clubs and sports that can be added. Some sports that have been brought up are girls golf soccer and tennis. Garrett would also like to be a part of a swim team at Rock Creek, while Valburg would like to see a bowling or golf team. As for other activities, Koppes said his idea for clubs are adding more plays or having a drama department.

Harshbarger said, “It is inevitable, as we grow, that we will want to look at adding new activities. The only problem with that is the funding, but we do want our kids to have an opportunities to do different things.”