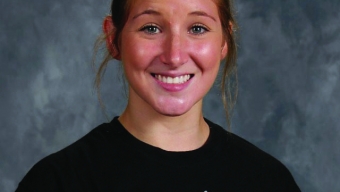 On Sept. 19, 2014, a lot of people were excited for the movie The Maze Runner. Many of those, including myself, waited a while for this movie to come out and went to see the midnight premiere.

The story begins with Thomas, who is played by Dylan O’Brien, waking up in a rusty elevator, trying to remember who he is, and finding out he has been put into the middle of the maze with many other boys. He knows nothing about himself, as well as nothing about where they are, what the maze is or how to get out of the maze. Throughout this story, he is trying to find out who he is, and why he was put in the maze with the rest of the people.

Thomas is an older teenage boy who arrives to the maze last. There, he makes a few friends, including Alby, played by Aml Ameen, who is the leader of the crowd and was put in the maze first, and Newt, played by Thomas Brodie-Sangster, who is the second leader after Alby. Soon, Thomas is made a runner, who is someone who risks going into the maze to figure it out. Alby makes him a runner because he feels Thomas knows a lot already about the maze and believes he can figure it out, but most of the group does not agree with this decision.

Before I saw this movie, I was expecting it to be almost the same as the movies The Hunger Games, or Divergent because they are all action movies, and in both, the characters are different from normal people. My opinion had changed throughout the movie when I found out that there were the grievers, who live in the maze. These are non-human creatures who hold the key to get out of the maze, but they kill whoever they see. I knew then it was different from The Hunger Games or Divergent.

I thought the movie was great. I already like action/mystery movies just like that, so it was cool to see that the director, Wes Ball, took it a little further. Throughout the movie, Thomas showed us how he stepped up his leadership. At first, he was confused, did not know why he was there. Then, as the movie progressed, he wanted to learn more about why he was there. Slowly, he started figuring it out, however, there were people against his ideas but who did not stop him. He said he was going anyway to find the way out, and anyone who wanted to could follow.

So the real question is, does he find the way out, or does he die trying?