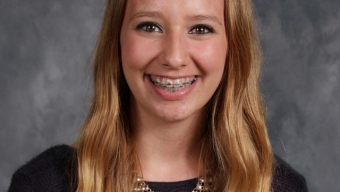 Student Council made multiple changes to Fall Homecoming this year, like the removal of the float decoration and the replacement of a tailgating competition. Although the idea of mixing up Homecoming this fall was a nice thought, not everyone enjoyed it, including myself.

In previous years, Fall Homecoming consisted of an early release from school on Friday, a parade and a pep rally at either St. George or Westmoreland elementary school, then a dance until midnight after the football game. This year, the activities leaned to a greater extent on Rock Creek’s “country” side. Only the first two classes were held on Friday, then we were released into the football practice field for the tailgates and then moved to the football stadium for the pep rally. After the football game, instead of the dance, there was a bonfire. I preferred everything about previous Homecomings compared to this year’s.

Being part of the high school band, I was upset about the cancellation of the parade since it was one of the few parades we march in. The tailgating was an interesting idea, and it may be better in upcoming years if more planning and coordinating was invested into the tailgating activity, in regards to the decorations and other activities during the tailgate. The weather is something that needs to be taken into consideration, because I know I did not like being outside in the cold for our unorganized tailgating and the pep rally. Even though the pep rally was outside, I still enjoyed watching the candidates compete for the loudest applause.

The number one change I disliked was the replacement of the dance with a bonfire. I did not even attend the bonfire, because I thought it was such an absurd idea. I do not regret not attending because all I have heard, from those who did attend, were negative comments about how boring the bonfire was. I rather pay a couple bucks to dance the night away until midnight, than attend a bonfire that not many people enjoyed.

The tailgating could possibly be fun in upcoming years with more planning and create an emergency plan for bad weather, beforehand. The pep rally was still enjoyable, but also needs a weather check if we are planning on hosting it out in the football stands. I believe that the major activity that needs to go back to what it was before is the dance — no more bonfire. I appreciate the idea of mixing up the activities, but just because we go to Rock Creek does not mean we are all country.