Opinion: ‘Catching Fire’ on fire in the theaters 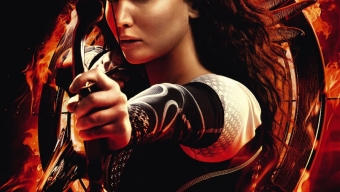 After returning home from the annual Hunger Games, Katniss and Peeta must go on the victory tour and attend every district, ending at the Capitol. On tour, riots and mockingjay symbols are consistent, and Katniss realizes she is the face of hope for the 12 districts. President Snow wants Katniss to play off the star-crossed lover role with Peeta to show the districts it was an act of love to eat the berries together, not a rebellion. However, the districts do not believe in the lovers’ story and continue their uprisings in the districts. To show that the Capitol still has complete power and to punish Katniss for not being able to pull off the star-crossed lovers, President Snow calls for the 75th Quarter Quell Hunger Games using past victors as tributes. The process repeats for Katniss and Peeta, making alliances and hoping for the chance of survival.

The Hunger Games had built up anticipation for Catching Fire, making it impossible to sit through the trailers. The camera was stable, unlike the first movie, making it easy to follow along. The movie followed the book fairly well, too, allowing you to enjoy the movie just as much as the book.  The movie portrayed every aspect of humor, romance and action that the book had. Catching Fire was a fantastic movie, and I loved every single minute of it. I would pay to see it again in theaters multiple times. High expectations are set for the last pair of movies, based on Mockingjay.