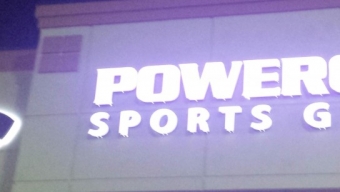 New to the Manhattan area is the Powercat Grill, a sports bar and grill, with decor that  supports the Wildcats.

With a very nice interior, I was impressed with the decor, as it had a good amount of televisions, including one huge one, to watch sports games. The restaurant also had jerseys and photos from some of the Wildcats’ most memorable players.

When I and a friend went on a Saturday night, there was no wait, and so, we were seated immediately. The seating ranges from tables and booths to the bar or the high-top tables.

After being seated at a high-top table, which was not our preferred seat, we ordered our food. Since the theme of the grill is based on the Wildcats, a lot of items from the menu are named after famous Wildcat players or staff members. For example, I had the Bill Snyder hamburger, which had guacamole on it and and was pretty good. Overall, the food was average — nothing was exceptionally good, nor really bad. Like the food, the pricing of it was average, but I would say you could get more “bang for your buck” elsewhere.

As for the wait staff, there were some mistakes, but nothing unbearable for me. However, the friend who I went with was very disappointed because our waitress took her food before she had even finished it. The waitress did not take it to box it up, either; she just threw it away.

So, while the environment of Powercat Grill is great to watch a football game with friends, I would not say that it is romantic date material. All in all, I would say the restaurant is a four out of 10.