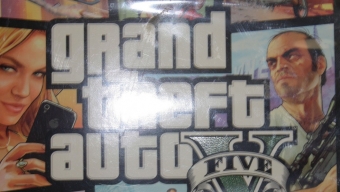 Many have seen it, and some have bought it, but only the mature can play the game.

New to “GTA V” are new missions, such as losing the cops or robbing a bank or jewelry store, but after the missions, a person can switch main characters to complete other missions that they’re used for. As the game gets harder, so do the missions, like having to rescue people or having to keep someone alive. The new
game also allows a person to play online with other people, so those players can complete missions together.

There are many different techniques one can use to complete the missions and the game. But, if the person is caught by the cops or dies, he or she has to restart the mission, and that is not fun. From experience, when having to restart a mission, it may help a player to complete it faster or to find different ways to finish the mission, which can be helpful if he or she plans on playing the game multiple times.

I know that plenty of the students at Rock Creek play this game regularly, and this game is talked about daily. While I think it is a fun game, I would not devote my time to play this every minute of every hour of every day because it can get boring and repetitive. I think if games with missions, strategy and a little violence appeal to the buyer, then this game would be an appropriate game to play, although I think one should know about the game before he or she buys it. “GTA V” is a game that has some violence to it, but is also a fun and a challenging game that it played by many people.